A Xyla in Alstead, NH

Sarah and David came to Unity with a vision for a home that would live lightly on the planet, and reflect the sense of stewardship they feel for the earth. They also saw their new home as a gift to the future, anticipating that their daughters would continue to enjoy it after they’re gone. They found the perfect property on which to build in Alstead, NH, and a company that resonated with their values in Unity Homes. During their thirty years of living on Cape Cod, Sarah and David experienced many changes. The Cape became more crowded and expensive. Extreme weather events became more common and devastating. And their two daughters grew up and moved out.  Sarah and David were attached to the extensive gardens that they had cultivated for decades, but not so much to the older, inefficient house in which they had been living. They began considering moving off the Cape, into a new home that would be more comfortable, have predictably low utility bills, and be easier to maintain so they could spend more of their time gardening.

Sarah and David focused their search for a building lot on the Alstead, NH area, because it’s roughly equidistant between other family members in New Hampshire and Vermont. When they first saw the property that was to become their future home, they fell in love with it immediately. The hilltop site had beautiful views to the south, with good exposure for solar power. There was enough level area to build a house on a slab foundation, and still have plenty of space for gardens. The building site was protected to the north by a mature forest. There was a brook at the base of the hill, and cows in the field!

Sarah and David first heard of Unity via information about a Net Zero development of Unity Homes. Intrigued, they followed up online and found that Unity seemed to be offering just the type of house they were looking for.

Sarah and David were perfect candidates for Unity’s Streamlined design path, because the example plan they found online – the Xyla Streamlined G5 – was a close match for their needs. They worked with a local site planner named Adam Hubbard to determine the optimal layout of the house on the site. Their goals included optimizing the views and solar exposure, protecting the home from cold northerly winds, and preserving the grazing pasture to the south. Of the three site plan versions that Adam sketched, they chose the one in which the garage buffered the house from the road, the main living areas faced south, and the primary bedroom suite was to the north.

Once the approach to the house had been confirmed, Sarah and David worked with Unity’s Preconstruction Services team to finalize the plan and the specifications.

Although we don’t recommend breaking ground in December – especially for projects in northern New England, David and Sarah wanted to move into their home during the summer of 2021, and that drove the construction schedule.

Executing the site work and installing the foundation in winter conditions resulted in additional costs because frozen ground had to be removed, structural fill was brought in, and a hydronic heating system with insulated blankets was used to keep the ground from freezing. But the care with the prep work paid off when Unity’s crew was able to assemble the shell of the home during a week in February.

With the trickiest work completed, we fired up two small electric heaters to make the shell comfortable, and started the work of finishing the interior and exterior.

Construction progress was occasionally hampered by issues relating to the pandemic, but overall it went smoothly. The excavator who did the site work for the house also worked on the landscaping, collaborating closely with David to create beautiful boulder retaining walls for the gardens. David and Sarah were impressed by the diligence of the finish carpenters and the care of the painters. They also appreciated that we videotaped the final walkthrough and training session conducted by the HVAC contractor, so that they have a handy reference for operating and maintaining that system.

David and Sarah gave high marks to everyone they worked with on the Unity team, saying “we were blown away by how kind everyone was!” They singled out project manager Rob Vogel in particular: “Rob was beyond fantastic, beyond gold star. He was always so friendly and helpful – and patient – with us!” 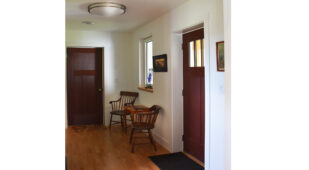 Sarah and David are thrilled with how the house turned out: “We can’t believe how comfortable it is. And we think that aesthetically, it’s beautiful!”

The PV arrays on the house and garage are generating more power than the house is using. And the house is working well to support their primary warm-weather activity, which is gardening. After just a year of cultivation, the new gardens have been overflowing with flowers and vegetables, and the new orchard is off to a great start.

“We’ve harvested more produce than we can use,” commented David, “and we’ve been bringing the extra vegetables to the local Food Shelf.”

Although Unity always strives to make the construction process as straightforward as possible, clients usually perceive it as more stressful than fun. Not so with Sarah and David.

“When the house was finished,” they said, “we were sad the process was over, because we had enjoyed it so much!”

IN THEIR OWN WORDS
Ease of Process and Positive Attitudes

It wasn’t just the ease of the process that impressed us – it was everyone’s attitude as well. We can honestly say that we had a really good time with the designing and building of our new home – and who says that?! 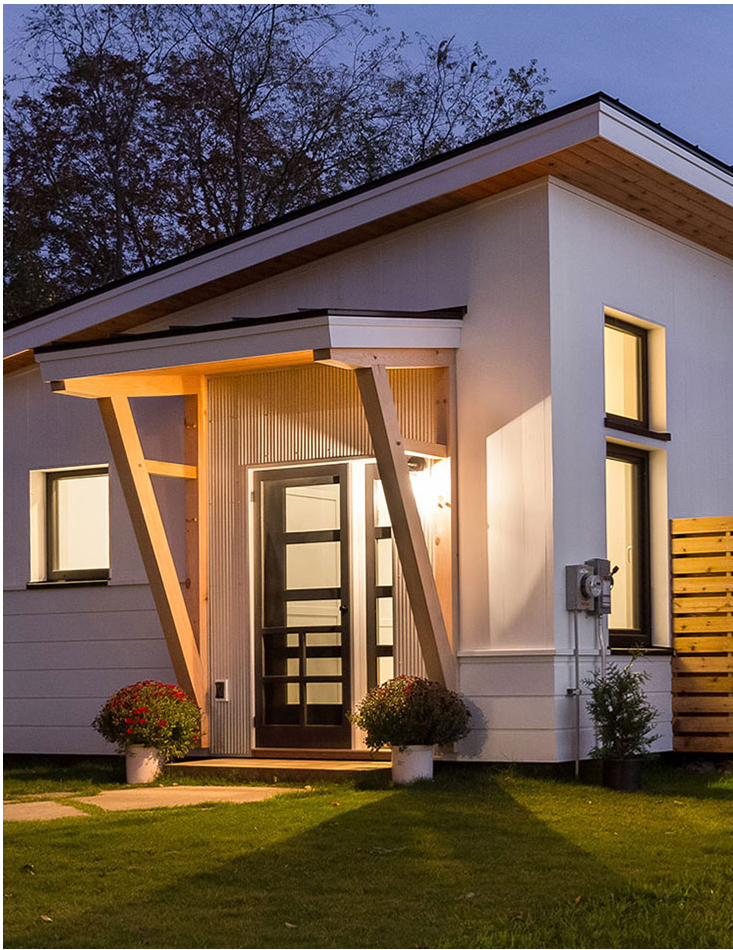