If you’ve looked into buying a new cooking stove recently, you’ve probably come across options that feature induction cooktops. They’ve been popular in Europe and Asia for years, but have only recently begun to gain a foothold in the US. At Unity, we recommend induction ranges to all our clients, because of the benefits they provide for cooking, for indoor air quality and for the planet.

Unlike conventional electric or gas cooktops, induction cooktops work by heating the cookware directly, rather than indirectly through a burner. A coil under the glass cooktop induces electromagnetic currents in the ferrous metal of the pot itself, causing the metal to heat up.

Induction cooktops have many advantages over conventional gas and electric ranges, including:

Healthier – especially when compared with gas ranges. Health and environmental advocacy organizations are increasingly highlighting the health risks associated with gas cooking. Burning gas releases dangerous particulate matter, nitrogen oxides, carbon monoxide and formaldehyde into the home – often resulting in concentrations that would be illegal outside.

Safer – Because the pot itself is being heated, rather than the cooktop, induction ranges are less likely to present a danger to small children and careless cooks. And kitchens remain cooler, because heat from the cooktop isn’t bypassing the pots.

Faster – Induction cooktops are able to boil water about 50% faster than conventional cooktops. Faster cooking means less waiting for burners and pots to heat up and cool down.

Cleaner – Because the smooth surface of the cooktop remains cool, spilled food doesn’t bake onto it, and keeping the surface clean is a breeze.

More Efficient – Less energy is used than with conventional cooking, because the heat goes directly where it’s needed, not into burners and the surrounding air.

Renewable-Ready – being all-electric and using less energy, induction ranges are a great choice for homes with PV panels.

What’s not to like? There are some potential drawbacks, but in our opinion they’re minor:

Cost – Induction ranges tend to be more expensive than their conventional counterparts, but that differential is narrowing, and good quality induction ranges can now be purchased for less than $1,000.

Learning Curve – Because these cooktops operate differently, faster and with fewer “visual cues,” getting comfortable using them can take some time.

New Pots, maybe – The cookware used on induction ranges must be ferrous – that is, have a minimal iron content. If a magnet sticks to the bottom of your pot, it should work well on an induction cooktop.

Slight Hum – Several Unity clients have mentioned a slight “hum” when using lighter-weight pans at high temperature on their induction cooktops. And they’ve also said that they don’t find the hum annoying.

Induction ranges are not only better than gas ranges for cooking and maintaining healthy indoor air quality, they’re also better for the health of the planet.

At Unity we’re adamant about moving homebuilding toward a future in which homes are all-electric and powered by renewable energy. Every purchase of a high-efficiency electric appliance is a step toward that future. Each purchase of a fossil fuel-burning appliance serves to reinforce the status quo, and lock in the use of fossil fuel that’s damaging the planet. We’re excited about the potential of induction ranges to help change the status quo! 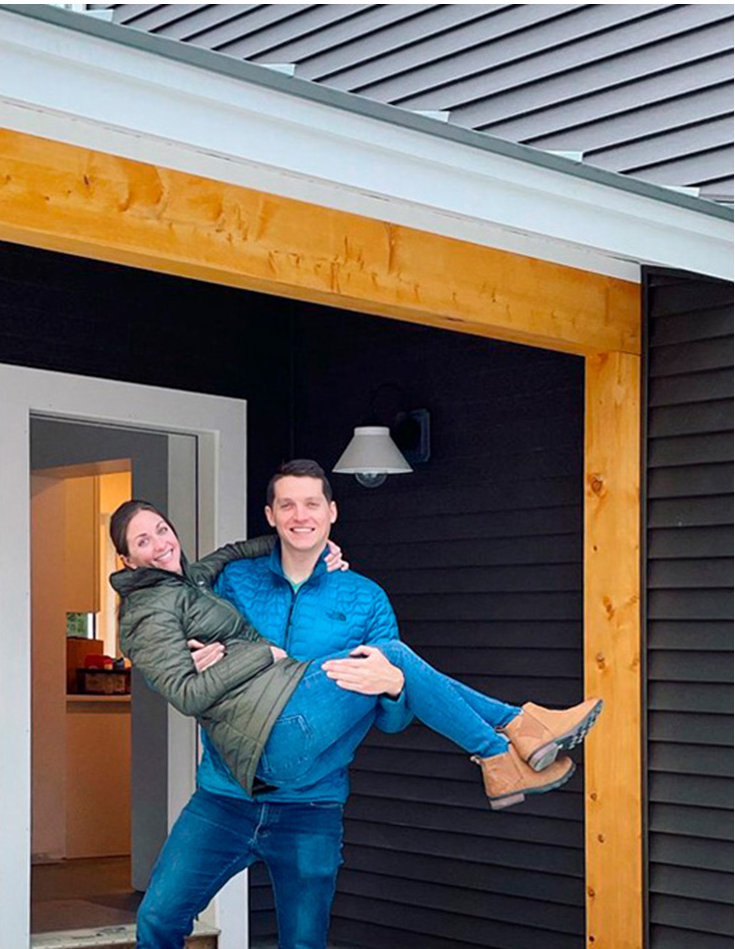